The Splendid Sampler Gallery, Messing Up, and a Sneak Preview

What a week! Between working on the new block for my own quilt along and keeping up with the Splendid Sampler, I've hardly left my sewing room.

The third pair of blocks for "Kitty Craft" will be published next week. Kitty found the sewing room! We all knew that it was bound to happen sooner or later. Her she sits grooming herself. Or is she getting ready to go for the pincushion? Hard to tell, isn't it. 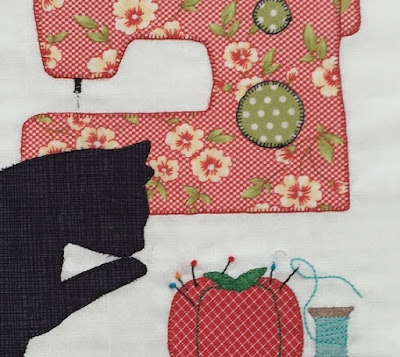 I love the Splendid Sampler! It's making me stretch and grow. This week, though, the blocks were easy. And, I messed up on both of them! I know better!

I was so excited to find that Block #7 was designed for embroidery. Embroidery was my gateway drug to sewing, the skill I begged to learn at the age of four, the one that put the very first threaded needle in the grip of my chubby fingers, and the beginning of my lifelong sewing romance.

So, I played an entire day with my pretty threads. I tossed in applique, decorative machine stitches, and hand embroidery. So much fun. It was late in the evening when I took the completed block downstairs to square up and trim. I must not have been paying close attention, because I cut it too narrow on two sides! I'd started out with an extra large piece of background fabric, so I was able to add to the remaining sides to get a 6 1/2" square block. Now, it was the right size, but off balance.  I managed to salvage it with some extra embroidery on the larger sides. It will do. 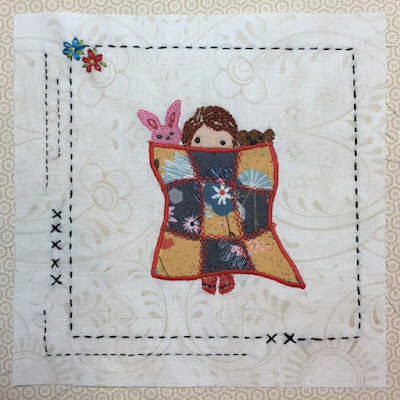 Block #8 was a very traditional pattern that was easily pieced. I made it twice. The first time around I thought that the prints in my green fabrics might be different enough that they would contrast. I've been quilting for quite awhile, now, so how could I have suddenly forgotten all about value? I know the rules. I teach the rules, for goodness sake. Contrasting values are the magic to making a quilt pop. I managed to get it right on the second attempt, so now I have another extra block. I seem to be acquiring quite a few extra blocks. 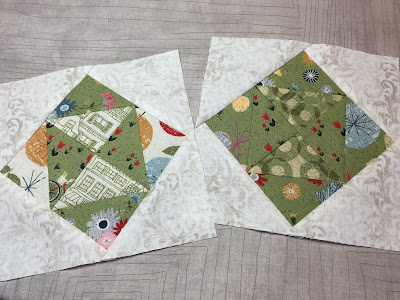 No mistakes from Dixie! These blocks are perfect! 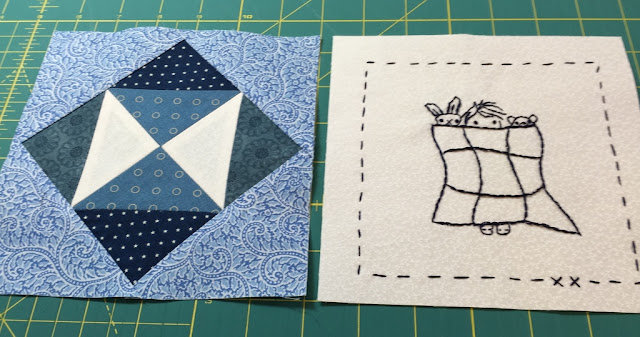 Spring is almost here!!
Have a lovely week! 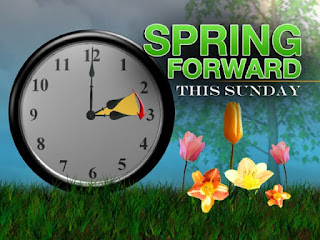