Sara's quilt is a sampler with some pieced blocks and some applique blocks. This is the first pf the pieced blocks, so I'm calling it Block 1 for now. It looks a bit like four fish in a pond to me. Eventually, I may name it Fishpond. Or not.

I'm working with a layer cake and cream background yardage from "Miss Scarlet" by Moda.

The block goes together so quickly. It's made entirely of squares and half square triangles (HST).
I used six fabrics in this first block, but you could make the block with four. The cream fabrics in the blocks could all be made with the background fabric without changing the effect. 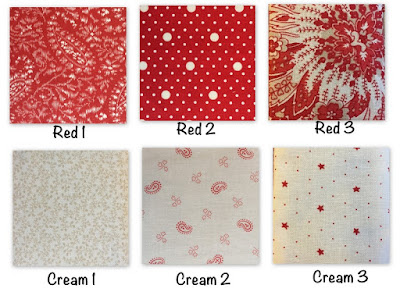 Make the half square triangles.

1. Choose the two 3 1/8" squares that are used for each unit. Place them right sides together in pairs. 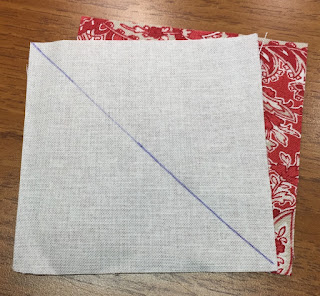 2. Draw a diagonal line from corner to corner on the wrong side of one of the squares in each pair. 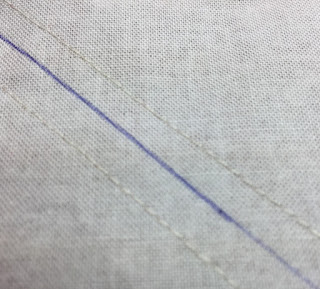 4. Cut along the line. You will have two HST units. Press seams to the dark. 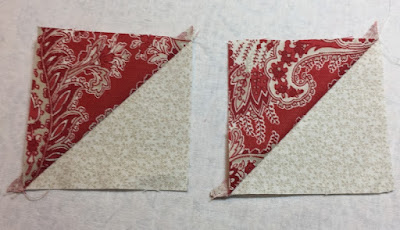 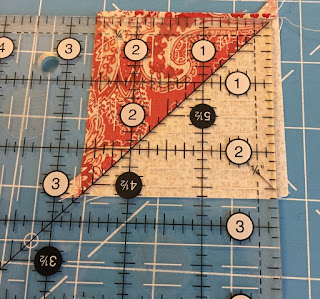 
1. Make four 4-patch units. Use one of each HST in each as shown below. 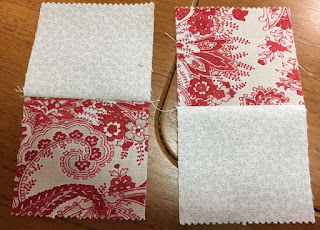 3. Sew one of the 4-patch units to either side of the 2-patch unit. Make two of these sets. 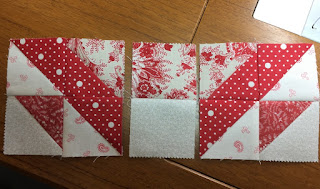 4. Sew the remaining 2 1/2" squares together in a row of five squares with the Cream 3 square in the center.

5. The sets from step 3 will go on the top and the bottom of the row of five squares. Sew together.


If you find a mistake in this tutorial, please let me know right away so that I can correct it.

Sara's quilt is coming along nicely, so I decided to take a break and work on a small project. 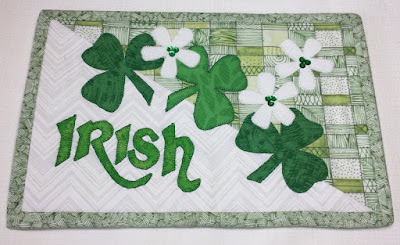 This is the link to the pattern: https://www.craftsy.com/quilting/patterns/i-m-irish-mug-rug/479183
It's been ages since I made a new mug rug pattern. I had an idea for a St. Patrick's Day design, and the timing couldn't have been better. I named it, "I'm Irish". I'm not the least little bit Irish, but like so many others, I wear something green on this one day each year and declare myself Irish for the day.


I really like the background of two fabrics. The white blossoms stand out against the green print, and the green of the shamrocks and the letters really pop on the white. Flat buttons for the centers of the blossom would be fine, but I like the way that the three sequins on each blossom add sparkle and a festive air.

I hope you find your very own special rainbow this year. 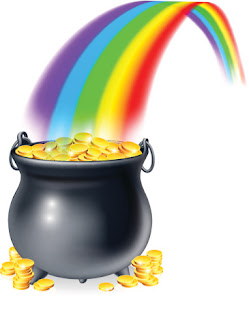