My daughter has two adorable little dogs named Watson and Willow. They are inseparable buddies, snuggle pups, forever together.

These puppies are so much fun, and I don't see them very often, so, of course, they found their way into a pattern. I didn't expect three variations of a pattern, but that's the way it worked out. Goodness knows, I'm not in control of any of it. Inspiration takes over, and I can only go with the flow.

Although the pups are in all of them, each of the projects is very different from each of the others. A person can add as much embroidery or thread work as liked. Nothing more than mouths and eyebrows works well, too

The 9" x 9" quilt block can be used as part of a quilt, a small wall hanging, a hot pad, or a large mug rug. It could even be left unquilted and placed in a picture frame. 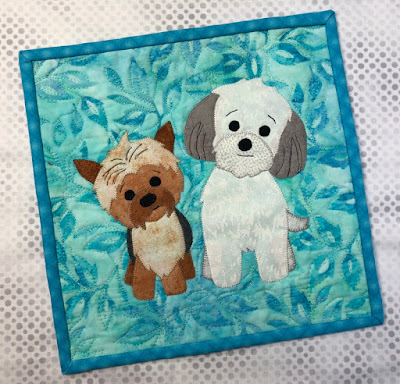 The pups have eyebrows, mouths and a few little bits of stitching to add dimension to Watson's hair and Willow's ears. The quilting on this one was fun. I just followed the leaves so it required no thinking about the design. This was the first of the three projects that I finished. It's cute as can be, but I changed Willow's mouth on the other two.

These little guys lent themselves beautifully to pillows. The background on the !2" s 16" unquilted pillow was chosen by vote on my Facebook page. I wasn't sure about using the black, but I really like it. The contrast in colors really makes the pups pop. This time I accidentally left out the stitching on Willow's ears, but it doesn't detract from her at all. 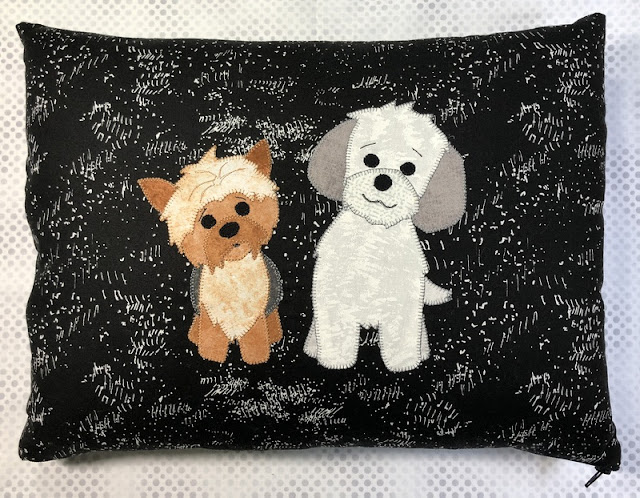 The 16" x 16" pillow was the most fun to make because it had the most detail. This one was pure play. 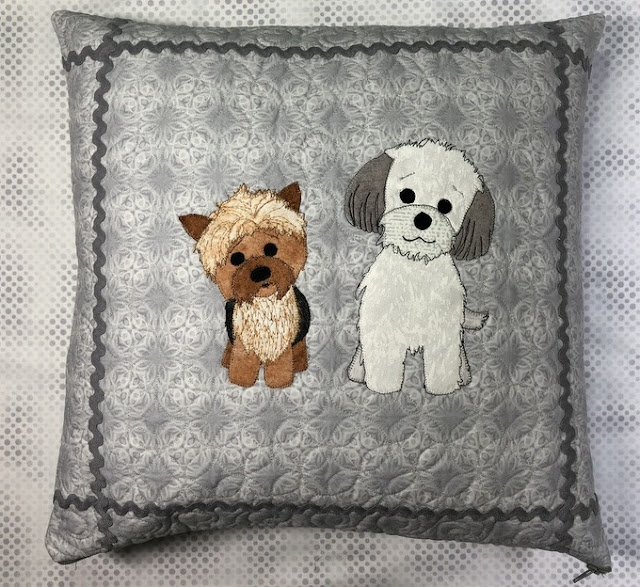 I quilted the front of the pillow cover and I added rickrack so it wouldn't look so plain. The gray background and rickrack were special choices to go with my daughter's decor. You can see her colors in the puppy photo at the top of the page. Yes, she gets this project, too, poor thing.

The real fun, though, came when I added extra thread play to the puppies. Something was needed to make them stand out better against the fabric background. 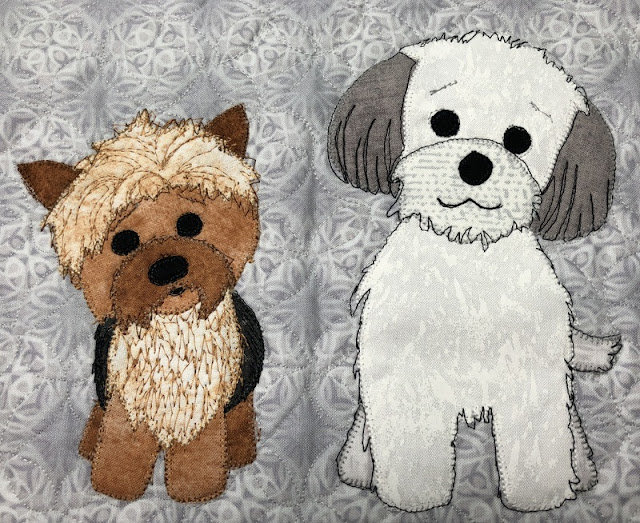 Now, I'm thinking ahead to the next project. I'm not sure what it will be for sure, but it will likely have a Halloween theme.


Wishing you a lovely last week of August.
Posted by 2 strings at 2:54 PM No comments: